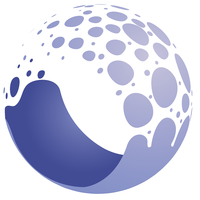 Welcome to Liquid Corporate Finance. We are a credit brokerage, helping SMEs across the UK acquire the finances to fund their growth and expansion. We offer a range of solutions including equipment finance, secured loans, and invoice finance

More by this Author

Is fear of Coronavirus holding our economy back?

There is much coverage now about offices being empty in the city centres within the UK.  Companies seem to be offering staff the opportunity to adapt to a new way of working from home.  Some large Corporates have also told staff that offices will not be opening until January at the earliest.  We have many friends in the business world who have alluded to the above. The pandemic has made them question why they need as big an office as they have; it has made them realise that they, perhaps, may not need all of their staff to be in one place.  This of course has its benefits to the employees; no tiring travelling to and from the office, saving time and expense and a much more balanced home/work life.

However, where there are positives in this situation there are also negatives.

Local economies are suffering hugely from the reduced footfall.  If we take the City of London from our experience of working there for several years, there are an infinite choice of food outlets, some large chains and some small independents.  They rely on offices being full and busy with the most popular places having queues around the corner.  There are tailors, some large chains and some independents who have passed through generations that readily sell suits and other business attire to the thousands who walk past their shops each day.  There are also dry-cleaning businesses who have been holding onto suits and clothing since the pandemic but not had any new business through the door for months.  The list goes on and on.

Whilst it is understandable that there is reluctance for people to get back into the office, you must weigh up how this new way of working is going to affect the local and overall economy.  According to analysts, the UK is behind other countries in terms of getting back into the workplace.  Up until only a couple of weeks ago, the UK had 48 per cent of workers back in the office, up from just 29 per cent in May whereas approximately 68 per cent of workers in Europe have now returned to their place of business.

The economy will not be able to sustain this in the long term.  Large chains will close multiple outlets and your family run sandwich shop or tailor will simply shut their doors, unable to sustain the considerable loss in trade since the pandemic began.

The government are trying to do their best for this not to occur, but is it enough?  We wrote in March that, in our opinion, the only way for things to get back to any form of normality would be for either a vaccine to be approved, or a robust test, track and isolate system to be implemented in the interim.  The vaccine is some way off and the latter has simply been a disaster.

Maybe the fear of the virus is now overtaking the long-term reality, particularly if we cannot implement an accurate testing program and kick start our economy again.  Our cities could very quickly turn into the towns that suffered when retail parks started appearing everywhere and we are all fully aware of the catastrophic effect that had on our local high streets.

If you are looking for equipment finance to expand your business, contact us today at Liquid Corporate Finance.

Your E-mail has been sent. We will be in contact with you soon.

Please refresh the page and re-submit the form.

SORRY
Your content caused an error and your email has not been sent.
Please remove any unusual characters and try again